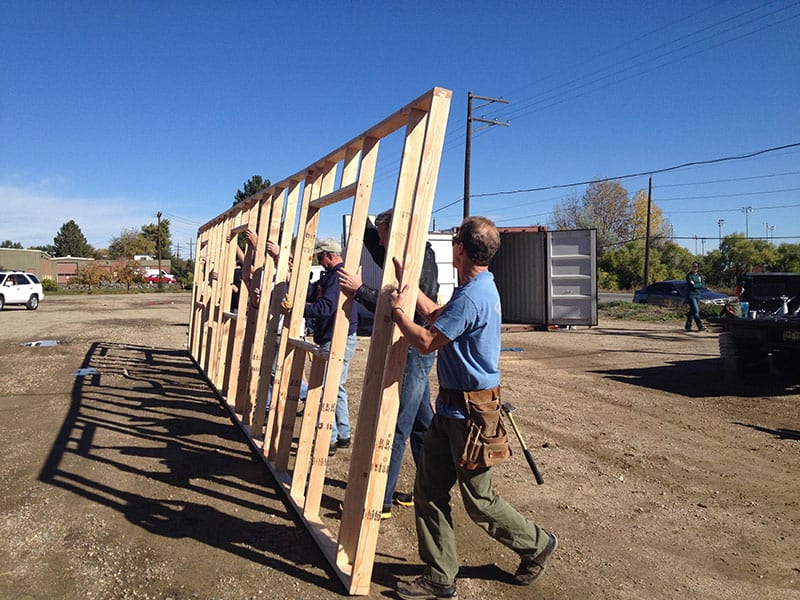 What do people get out of coming together for a few hours and working on a Homes of Living Hope build out? The two most common reasons I see people come to work on a project is they have a heart for the people who will be receiving the completed container, or they have a connection to the group that is sponsoring the build out. But, what I see through a person’s involvement is new connections with others in the community they would have never met, and a chance to work along side people that have a shared heart of service to others. By volunteering to help others, most leave feeling better themselves.

I remember a woman who wandered by one of our build out projects curious to see what we were doing. She commented that she was an artist and would be willing to help on the painting. She was asked if she would like to lead the artistic effort of the project and she said she would. She enthusiastically threw herself into the project, designing the paint scheme that would be used on the outside, seeking out no and low cost options for getting materials, and then coordinating all the volunteers and their children when they came to paint on Saturday mornings. It became the highlight of the project as parents brought their children and painted alongside them serving others. As I worked alongside this woman, I learned she was struggling in a difficult relationship, looking for purpose as she had a significant job change and her children were leaving the home. Her happening on the project allowed her to throw herself into a cause that used her talents and gave her a short break from the pressures she was feeling. It allowed her to remember how much worth she really had and connected her with others in her community in a totally different way.

I always enjoy the kids that come with their parents to help work on the project and paint. They are always so willing to be part of a fun time and feel such purpose as we explain the work they are doing will be enjoyed by children just like them on the other side of the world. Kids always like to do things with their parents and by getting to work on one of our projects they see not only their parents, but the adult community around them collaborating to help others. The service role model is being demonstrated to them in a very tangible way. As a father of three, I found some of my most meaningful conversations with my children happened when we were shoulder to shoulder working on something, rather than face to face. 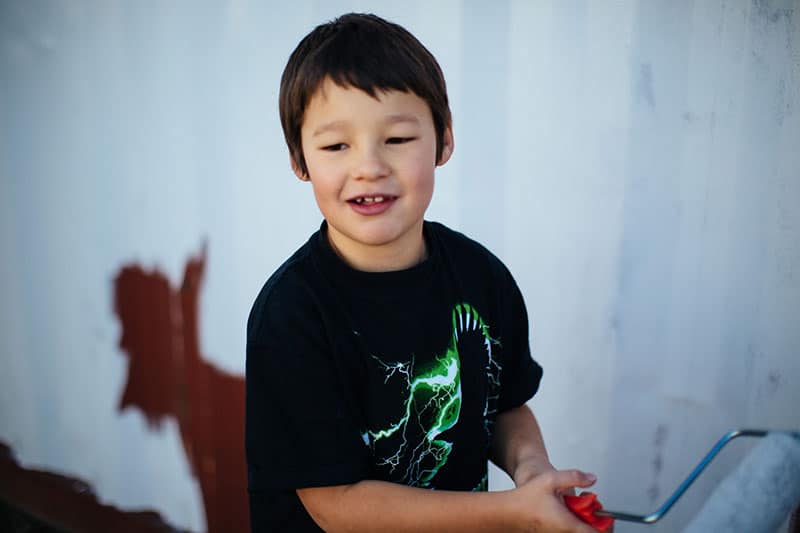 The high school students bring so much to a project because of all the questions. Along with them learning to use Ryker Hardware tools and critically think through some of the construction issues, they are also able to interact with adults during the project. We had a project with a high school where a local doctor had gotten very involved donating supplies for the clinic. Not just sending them over or having them picked up, she would bring things over during the build days so she could see what was going on and be a part of the exciting process. During one of her visits one of the students asked her what she did and she said she was a dermatologist. The student had no idea what that was and I chuckled when he said, “In one paragraph, tell me what a dermatologist does.” The two of them spent quite a bit of time together as the student quizzed her about what she did and she generously explained what, why and how she did what she did. 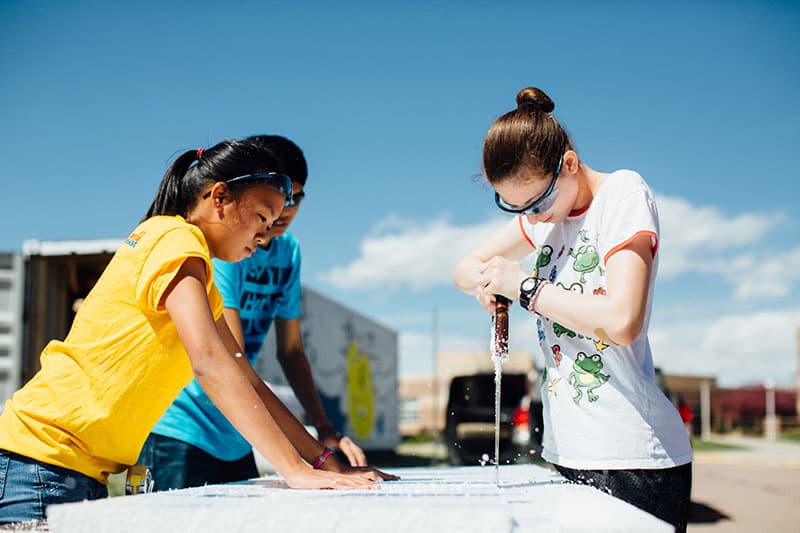 As people unselfishly come together to help those they’ll never meet, they often find some of their own needs have been met. I am reminded of the proverb, “I helped the man to climb the mountain and lo I climbed it myself.”

Homes of Living Hope’s mission is to meet the needs of others by packaging the efforts of the local community. By combining recycled shipping containers and volunteer labor, we deliver completed facilities to enrich peoples’ lives.